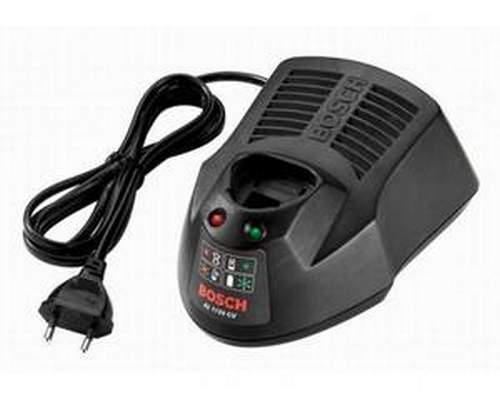 A screwdriver is a tool that almost every home master has. Like other electrical appliances, it requires a network connection or accumulates a charge. The most common is the last option. To recharge a removable battery, you need a charger. Usually it is in the kit. However, like any other device, charging for a screwdriver is not immune to breakage. To restore the tool, you will have to purchase a replacement or make it yourself.

There are many chargers suitable for certain brands and models of instruments. All of them can be divided into main types.

Analog with a built-in power supply. quite in demand. it due to low cost. Usually they do not belong to professional equipment, they quickly fail and "do not grab stars from the sky." The minimum task that their manufacturers usually set is to obtain a constant voltage and current load necessary for operation.

Devices work on the principle of a stabilizer. You can do it yourself using the above diagram. To work, you need to remember:

See also  Reverse Does Not Work On Screwdriver

If the tool is a budget one, the scheme of its “native” charger can be simpler. It is not surprising that such products quickly fail. Sometimes a relatively new screwdriver is left without charging. Using the scheme discussed above, you can responsibly approach the issue and the device is more likely to last longer than the purchase. Suitable transformer and stabilizer are determined individually for a particular screwdriver.

Analog with an external unit, as the name implies, consists of:

In factory assemblies, there is usually no heat sink. Its role can be played by a resistor of increased power. One of the typical causes of breakdowns is in thermal conditions.

To fix the situation, first you need to find out if the power source is working. If it works, it is complemented by a control circuit; if not, another is sought. It is suitable, for example, from a laptop. It has 18 V output, which is quite enough. The remaining parts are usually not difficult to find. They cost very little, you can borrow from other equipment.

The control unit diagram is presented below. The transistor KT817 is used, for amplification. КТ818. Need a radiator. Approximate area. 30-40 cm². Here it will dissipate up to 10 watts

Many Chinese manufacturers are trying to save on virtually every little thing. This should be avoided if you need more or less decent quality. In a homemade circuit there is a 1 kΩ trimmer. It is needed to accurately set the current. The output is a 4.7 ohm resistor. It dissipates heat. LED will notify you when charging is complete

The resulting control board is approximately from a matchbox. It will fit in the factory box. There is no need to take out the radiator for the transistor. Enough air movement inside the housing

See also  How to Assemble a Makita Screwdriver Properly

Analog devices take a long time to charge: an average of 3-5 hours. Although for domestic purposes this is not scary. Another thing is the professional sphere, where "time is money." Such products are worth it. accordingly, the set usually has two batteries.

Professionals often use pulse chargers. They are have an intelligent process control circuit. Full charge time is impressive: about one hour. Of course, you can make the same fast analog charger, but then its weight and dimensions will be impressive.

Pulse devices are compact and safe. High qualities require a thoughtful, complex scheme. However, you can repeat it. The circuit below is suitable for working with nickel-cadmium batteries with a third signal contact.

The resulting charger for a screwdriver "is distinguished by intelligence and quick wits." It checks the voltage and turns on the accelerated charge mode. The battery is ready in about 1-1.5 hours. The scheme allows you to choose:

It shows the value of the resistor (R 19) for switching modes and the position of the jumpers. Using the proposed figure, you can repair the breakdown. An additional incentive will be the financial issue. Save at least twice.

Charging with a defective battery

Sometimes it happens that the screwdriver itself works, but the battery is broken. There are several solutions to the problem:

It is not enough to determine the type of charger and the brand of the manufacturer, for the acquisition you need to know the voltage of your screwdriver. The most common options are 12, 14 and 18 V.

The circuit can consist of transistors up to 4.4 pF. This can be seen in the charger diagram for a 12 volt screwdriver. The conductivity in the circuit is 9 microns. Capacitors needed, to control clock jumps. The resistors used are usually field resistors. Tetrode chargers have an additional phase resistor. It protects against electromagnetic waves.

Charges at 12 V work with a resistance of up to 30 ohms. Often they can be found on 10 mAh batteries. Among well-known manufacturers, Makita is more often used.

Devices created according to the circuit can withstand currents up to 3.3 A. Triggers are rarely included in the circuit. The exception is Bosch products. For Makita products, triggers have been successfully replaced by wave resistors.

A charger for an 18 volt screwdriver uses only transient transistors in the circuit. Other product features include:

The use of transducers of high conductivity is a feature of the domestic company Interskol. The current load can reach up to 6 A. Makita often uses high-quality dipole transistors in its models.

Whichever screwdriver manufacturer is chosen, the problem of replacing the charger can be easily solved. To do this, it’s enough to at least know some features of your tool.