Do Not Spin Drum In Bosch Washer

A washing machine, as well as any other household appliances, can sometimes fail. A problem may arise with the collection or discharge of water, with the quality of the spin cycle, and sometimes it happens that the drum of the washing machine does not spin at all. over, after starting the program, the machine can regularly fill with water, but this will not go beyond this. There may be several reasons for the drum not spinning in the machine, and the first thing to do is to understand which one is taking place. 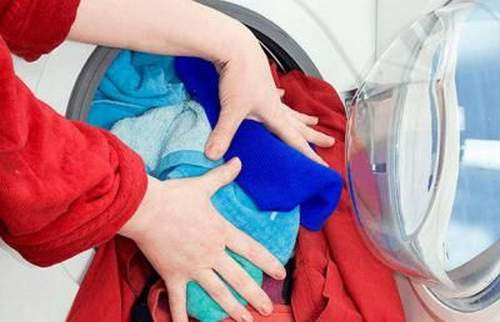 First of all, you need to exclude the simplest: perhaps the machine does not spin the drum, since it is overloaded. Modern washing machines are equipped with appropriate sensors, and if the weight of the laundry is exceeded, it will refuse to wash. In this case, turn off the machine, unload part of the laundry and try to start the program again. If the problem remains, then it is not so simple, and you will have to look further.

Next, you should release the machine from laundry, draining, of course, before that, water from the tank, turn off the power to the unit and try to spin the drum by hand. All housewives manually scroll the drum in search of the remaining laundry at the end of the wash and remember how it spins in the normal state. So, if it does not rotate as usual, but is clearly lighter, without any resistance, then the problem is related to the drum drive belt. In that case, of course, if he is there. There is no such detail in direct drive washing machines.

To see the belt itself and check what happened to him, you will have to dismantle the back wall of the washing machine. The belt could slip or tear. In the first case, putting it in its place is not difficult. The torn part will have to be replaced. On the belt, its characteristics are usually indicated: the length, as well as the number and height of the wedges. According to this information, you need to look for a replacement. And so that this problem does not arise again, avoid overloading the machine and unbalancing the laundry in the drum. This is what leads to stretching, slipping and tearing of the belt.

Drum jammed with a foreign object

If the belt is intact and in its rightful place, but the drum of the washing machine spins tightly, with a rattle, or does not rotate at all, then there is a chance that some foreign object is placed between the drum and the tank, which got there through a rubber cuff, which jammed drum. You can get it through an opening designed for an electric heating element, or a heater. The heating element is usually located under the tank, and you can get to it, usually from the back. It is not difficult to remove it, and through the hole formed you can try to get something that prevents the washing machine’s drum from spinning. a coin or key, for example, or some small piece of clothing, such as a baby sock. If the operation was successful, the heater is installed in its original place, small items of clothing are subsequently washed in a special bag, and pockets are carefully checked before putting the laundry into the machine.

Видео: Do Not Spin Drum In Bosch Washer

By the way, a blown heating element can also be the reason that the washing machine refuses to work. The drum does not spin because there is no heating of the water to the required temperature, and a command to start the motor is not given. The extracted heater is tested, and if it still burns out, then it is replaced. In order for the heating element to serve for a long time, it is necessary to use water softening agents to prevent scale on it.

See also  How to Lubricate a Bosch Angle Grinder Reducer

The washing machine drum does not spin even when the bearings are seized due to wear. Perhaps, due to the use of too aggressive detergents, the oil seal began to let water through, and the constant humid environment in which the bearings were forced to lead to corrosion and gradual destruction. In this case, the drum of the washing machine also spins badly by hand. To replace the bearings, almost complete disassembly of the device will be required. Therefore, such a procedure as replacing bearings is recommended only for specialists with relevant experience and knowledge.

In this case, the problem may be worn graphite engine brushes. If they are so worn out that they no longer touch the collector and do not create the desired electromagnetic field, so that the engine does not start, then they can only be replaced with new ones. Perhaps the matter is in the engine itself, and there was a short circuit or break in its winding. This rarely happens, but given the instability of voltage in the domestic network, it is quite possible. Or maybe the leak is to blame. Here you can not do without diagnostics in the workshop. this is a serious and costly breakdown.

Malfunction of the electronic module

This detail is the head of everything in modern household appliances. And if the “brain” does not give the appropriate command, then, therefore, the drum of the washing machine does not spin. The electronic board must either be reflashed or replaced. Due to the specificity of this task, an unprepared user of a washing machine will not cope with this.

Modern washing machines refuse to turn on even with such trifles, it would seem like a blockage in the drain filter. So if you encounter any problems with the stable operation of the household appliance, it will not be superfluous to check the filter. Instructions for use usually describe in detail the procedure for removing and cleaning it. Usually it is located on the front panel, and you can get to it by removing the small cover at the very bottom of the case. Next you need to unscrew the filter. In this case, a certain amount of water will pour out, so it is necessary to provide either a flat container or several dense rags so as not to collect water throughout the room. In the filter you can find a lot of interesting things: buttons, coins, pile, hair, husk. in general, you never know what can get into the washing machine along with the laundry. Preventive cleaning of the filter is necessary from time to time.

See also  How to Insert a Drill into a Bosch Hammer

A fault in the wiring inside the machine is also the cause of the drum standing motionless, as voltage will simply not be applied to the motor.

In older models of washing machines, the starting capacitor may fail, and the engine will not turn on. This item must be replaced.

So, the failure of the washing machine drum to rotate can have different reasons: both mechanical jamming or breakage of the belt, which can be easily fixed independently, as well as a malfunction of the electronics or a breakdown of the device’s engine. The last two tasks are unlikely to be possible for a person who does not have the relevant experience in the repair of washing machines. Specialists in the workshop are able to solve such problems much faster and more efficiently.