How to adjust the carburetor on a Partner 350 chainsaw

How to adjust the carburetor of the “Partner 350” chainsaw

When performing construction and repair work in the country, it is impossible to do without the use of a gasoline saw. The same can be said for garden maintenance. In the event of a failure of this tool, all work will stall, so it is very important to be able to independently find and eliminate faults. With some experience, you can independently adjust the carburetor. Although this procedure is quite complicated, if desired, anyone can learn how to perform it.

The emergence of the need to regulate the carburetor of the Partner-350 chainsaw can also be caused by mechanical failures. For example, strong vibrations can damage the protective cover. As a result, the rigid fixation of the bolts in the carburetor is weakened. 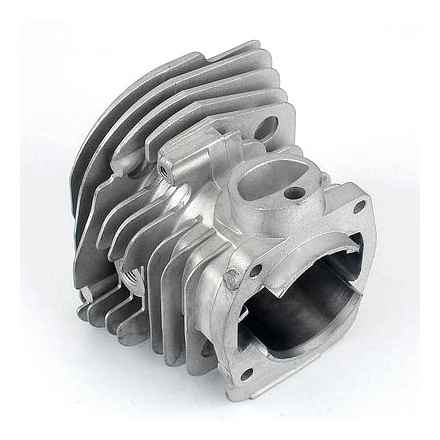 Another possible reason is the wear of the piston part of the engine. In this case, adjusting the carburetor allows the unit to be used for some time, however, to eliminate the problem, replacement of the worn part is required. Another reason could be a blockage caused by the use of low quality fuel. Dross build-up and damage to the filter can lead to such consequences. To eliminate the problems that have arisen, the carburetor must be disassembled, thoroughly rinsed and then adjusted.

The need to regulate the carburetor of the Partner-350 gasoline saw is quite rare. The most common problems that arise are associated with engine wear or improper fuel supply. To determine the moment when the need to adjust the mechanism arises, there are several signs. One of them is that the engine stalls immediately after it has been started. In other cases, it is not possible to start it at all. Such problems are caused by an excess of oxygen or a lack of fuel. A malfunction can occur with an increase in fuel consumption, as a result of which the volume of exhaust gases increases. The reason for this process is the oversaturation of the fuel mixture with fuel.

After purchasing the Partner-350 chainsaw, you can adjust the carburetor while using it. Before starting this work, it should be noted that the factory settings are optimal. Using the screws described above, you can adjust the operation of the engine in special cases when extraordinary external circumstances require it, for example, individual climatic conditions. When adjusting, use the screws marked with the letters H and L. To reduce the speed, turn them counterclockwise. To increase the speed, turn the screws in the opposite direction.

The required sequence of use of the screws is of great importance. It looks like this: L. H. T. If difficulties arise during the regulation process, it is advisable to seek professional help in a timely manner, since an incorrect setting can cause engine damage.

Owners of a Partner-350 gasoline saw may need to adjust the carburetor while using this equipment. In order to carry out this procedure properly, great attention should be paid to familiarization with the principle of operation of this technical element. As a result of the spraying of fuel in the diffuser by a stream of air, a mixture is formed that is pumped into the cylinder. The more fuel is supplied, the higher the engine speed is. The functioning of the carburetor in the described model of equipment occurs in accordance with the above described scheme. Other models use the same circuit.

After deciding to adjust the Partner-350 chainsaw, the first step is to study the design features of its parts. The most important part of the system is the diffuser, which serves as a restriction device to increase the flow rate of the supplied oxygen. The diffuser is located directly next to the inlet through which the fuel is supplied. The flow of incoming oxygen is regulated using a tube with a transverse damper available in the carburetor design. The fuel is supplied through a nozzle in the form of a needle. The design of the carburetor also includes a float chamber, the purpose of which is to regulate the fuel supply when entering the channel.

READ  The Chainsaw Stalls At Idle The Reason

Before proceeding with the regulation of the carburetor of the Partner-350 gasoline saw, it is necessary to study the design of the unit in all details. Since it is used almost unchanged in many models, the recommendations below are relevant for the vast majority of them.

When removing elements, you should be extremely careful when laying them out in the same order in which they were dismantled. This will facilitate the subsequent assembly. The top cover is held in place by three screws that need to be removed. After that, a layer of foam rubber will become visible, serving as an element of the air filter. To remove the drive rod, you need to get rid of the gas hose. It is impossible to adjust the carburetor of the Partner-350 chainsaw without removing the tip of the cable; this must be done at the next stage. The fuel hose located on the left side of the fitting must be thrown off. After completing all the above procedures, you can disconnect the carburetor and start adjusting it. This mechanism is very complex, for this reason, during the subsequent disassembly, it is necessary to be extremely careful when removing parts. Without this, they are easy to lose due to their small size.

When you need to adjust the carburetor of a chainsaw

Adjusting the carburetor of the Partner P350S chainsaw is necessary only if there are obvious problems with the equipment. In the original state after purchase, no adjustment is required. The cause of problems with the carburetor can be temperature changes during storage of the saw or an incorrectly selected fuel mixture. If changing the fuel does not help, and the saw screeches or smoke appears from the exhaust pipe, then adjustment is still necessary. Under ideal conditions, and specifically in a service center, it is much easier to do this for the reason that there is special equipment there, namely carburetor stroke counters and tachometers. If such tools are not at hand, you need to apply all your skills and experience to achieve the desired result.

Adjusting the carburetor of the Partner P350S chainsaw

Despite the fact that improper adjustment of the carburetor of the Partner P350S chainsaw can simply disable the tool, many craftsmen try to do this operation on their own, bypassing the service center. It is worth noting that this operation can be calculated as a violation of warranty obligations, therefore, all responsibility for the actions performed falls on the shoulders of the user.

The carburetor of the Partner P350S chainsaw is adjusted with just three screws. They are indicated by the corresponding symbols L, H, T. Each of them is responsible for its function. Screw L is for adjusting low rpm, while screw H is for high rpm. The idle speed adjustment screw is designated T. Its basic adjustment can be carried out even with the engine off. So, turning the screw to the right increases the speed, and to the left decreases it. The smaller the adjustment step, the more accurate it is. Therefore, for the basic setting, a step of ¼ of a revolution is used, and for an accurate setting, no more than 1/16. The chain should not rotate when idling. This is exactly what needs to be achieved by adjusting the screw T. But this operation is carried out after adjusting L and H. First, they regulate low speed, then high. They also control power and speed. It should be noted that the most accurate adjustment is made with a warm engine.

The carburetor of the Partner P350S chainsaw is adjusted correctly if the engine accelerates immediately after starting.

Before proceeding with the adjustment, you should make sure that:

The adjustment algorithm is as follows:

In the event that the engine stops working or revs up slowly, the screw should be slightly unscrewed. In order to increase the speed, the screw is turned a little. After the Ural saw engine is re-tested for throttle response.

How to properly adjust the carburetor on a chainsaw?

Before adjusting the carburetor on a chainsaw, you will need to study the meaning of the three screws required for adjustment. These screws have specific markings and names:

It is worth noting that some chainsaws are equipped with only one “T” screw, so the carburetors of such models are adjusted by manipulating only this screw.

No matter how many screws there are on the chainsaw, the factory settings of the carburetor are the most optimal for its operation. The screws themselves were originally used to adjust the chainsaw to work in certain weather conditions.

Chainsaw carburettors with three screws should be adjusted using screws “L” and “H”. To increase the speed, they should be turned clockwise. In order to reduce the speed, the screws turn against it. To adjust the carburetor, you need a special screwdriver for adjustment. it will not slide off the screws and damage the threads on their “caps”.

The carburetor adjustment process consists of two stages: initial and main. The algorithm of actions during adjustment is as follows:

Calibration of the Ural 2 Electron saw carburetor consists in changing the amount of the fuel mixture and its quality characteristics. In this case, there are two types of adjustment.

The fact that the carburetor needs repair can be determined by the following signs: unstable engine operation, excessive fuel consumption, jumps in engine power, pops.

What can be replaced in the carburetor without contacting a specialist:

How the carburetor works

In different models of chainsaws, the structural device of the carburetor may differ, however, the principle of operation of this part is always the same: the forced air flow moves in the direction of the air (pulse) channel, the air is regulated by the air damper. Entering the impulse channel, the air changes its speed. The speed change is influenced by a special valve that closes the air inlet. Fuel is supplied to the air duct and mixed with the air flow. As a result, a combustible fuel-air mixture is formed, which then enters the engine and burns there.

Diagram of the principle of operation of the chainsaw carburetor

Diagram of the principle of operation of the chainsaw carburetor

Step-by-step sequence of the adjustment process

Before proceeding with the adjustment, remember:

Chainsaw carburetor adjustment is carried out as follows. Before adjusting the carburetor on a chainsaw, you should find out if all filters are clean. The device is adjusted with three screws:

It is important to have information on how the tuning takes place in the event of a structural failure. Turn on the carburetor and wait 10 minutes

Adjustment begins by finding the location of the L screw at which the idle speed will be high. Need a wrench to adjust the bolts. Gradually twist the bolt, first in one direction, then in the other, until the correct position is taken. Then twist the screw 1 / 8-1 / 4 turn counterclockwise. Then fix the idle with the S (or T, LA) screw.

The internal combustion engine must function evenly. You should also check how it accelerates. If you press the accelerator, the revs should rise to the maximum. This means that the motor spins well.

At the end, they test the operation of the device at idle. When the adjustment is done correctly, then the structure should not perform work like this:

If these requirements are not met, then the idle speed must be adjusted. To do this, tighten screw S as described earlier. If it does not help, you should repeat the adjustment from the beginning.

This is how manual configuration is done. Fine adjustment is carried out using a tachometer. All actions are the same, only the screws are turned based on the data of the tachometer. Thanks to this device, the carburetor can be adjusted faster.