How to connect an angle grinder directly without a speed controller

Making a speed controller with your own hands

Attempts to adapt a conventional dimmer to adjust the brightness of the lamp will do nothing. First, these devices are designed for a completely different load. Secondly, the principle of operation of the dimmer is not compatible with the control of the winding of the electric motor. Therefore, you have to mount a separate circuit, and figure out how to place it in the instrument case.

The simplest thyristor speed controller can be easily made by yourself. To do this, you will need five radio elements, which are sold on any radio market.

Wiring diagram of a thyristor speed controller for your instrument 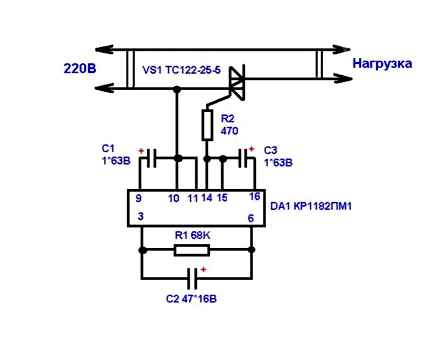 The compact design allows you to place the circuit in the case of an angle grinder without sacrificing ergonomics and reliability. However, this arrangement does not allow the torque to be maintained when the rpm drops. The option is suitable for reducing the speed when cutting thin sheet metal, polishing work, processing soft metals. 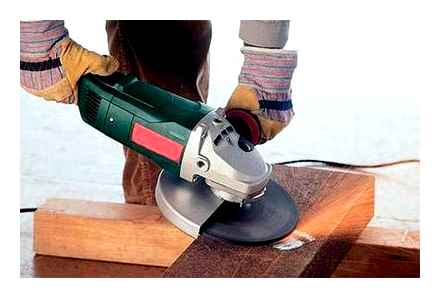 If your angle grinder is used for stone processing, or you can install discs larger than 180 mm on it, you need to assemble a more complex circuit, where the KR1182PM1 microcircuit, or its foreign analogue, is used as a control module.

This scheme controls the amperage at any speed, and minimizes the loss of torque when they decrease. In addition, this scheme treats the engine more carefully, extending its resource.

The question of how to adjust the speed of the tool arises when it is stationary. For example, when using an angle grinder as a circular saw. In this case, the connection point (automatic machine or socket) is equipped with the regulator, and the speed is adjusted remotely.

Regardless of the method of execution, the speed regulator of the angle grinder expands the capabilities of the tool and adds comfort when using it.

Do you have an angle grinder but no governor? You can make it yourself.

How to connect the device?

A homemade regulator may not be able to be embedded into the body of the instrument itself, even if there is such a desire. This is due, as always, to the lack of space, and the fact that the designers did not initially provide for such a possibility. Or a place was provided for the installation of another device, which may not be present in this modification of the machine.

Both are necessary for the reliable and comfortable operation of the power tool.

The U2008B microcircuit is a voltage stabilized phase regulator. It offers a choice between soft start and speed stabilization. A signal from a current sensor is applied to pin 1 or, if a soft start is used, an electrolytic capacitor with a capacity of several microfarads is connected.

A phase-setting capacitor is connected to pin 2. Pin 3. input of the triac firing angle regulator. The larger this angle, the later the triac is unlocked in each half-cycle, and the less energy is transferred to the regulated load. Pin 4 is the common pin, the ground for the circuit. It should not be confused with physical earth or earth ground. Pin 5. power supply of the microcircuit, from the rectifier on the resistance R8, diode D1 and capacitor C4.

Pin 6 is the adjustment of the minimum opening angle of the triac. It is regulated so that at the extreme position of the resistor R2 the maximum power is reached in the load. Conclusion 7. mains voltage sensor input. The microcircuit uses it to compensate for the phase shift and determine the level of automatic restart. Also, internally, in the chip itself, overcurrent protection in the load is organized.

Pin 8 is the output of the triac control pulses.

The above circuit will stabilize the rotation speed, making it independent not only of the mains voltage, but also, to a good extent, of the load on the angle grinder disk. If only a soft start is needed, then instead of R9, a jumper is needed, and C1 must be replaced with an electrolytic capacitor with a capacity of 22 100 mF. To pin 1 of the microcircuit, you need to connect the minus of the capacitor.

What is a speed regulator and what is it for

This device is designed to control the power of the electric motor. It can be used to adjust the speed of rotation of the shaft. The numbers on the adjusting wheel indicate the change in the rotational speed of the disc.

The regulator is not installed on all angle grinders.

Installing a homemade board

It is useful to start making a circuit board by first disassembling and inspecting the body of the machine. Perhaps there will be a place and an idea on how to use it. Then the development of the board must be carried out for the available space. The speed control knob is also pulled out as appropriate. And the type of variable resistor is selected in the same way: there are with a flat wheel, and there are with an axis. Remember to insulate the knob.

If the device cannot be built into the body of the machine, then it will have to be done in a small box with an outlet or built into the cord of an angle grinder near the handle.