How to Distinguish a Makita Original Screwdriver from a Fake

Japanese Makita appliances are one of the most popular brands on the market. This is certainly good since leadership shows high quality tools. However, there is a flip side to the coin. with the popularity of Makita, the number of cheap Chinese fakes increases sharply. Therefore, today we’ll talk about how to distinguish the original Japanese manufacturer Makita Corporation from a fake tool. 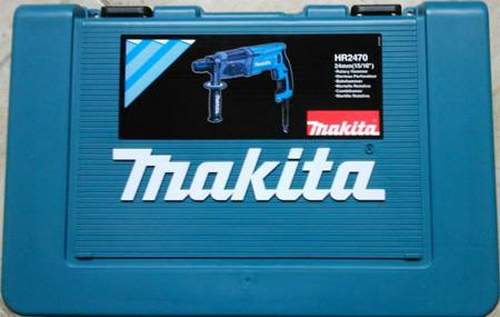 The main differences between a fake and the original Makita

Makita has worked hard to protect its power tools. Therefore, even with a visual inspection, fake products are easy to distinguish. However, this must be done with utmost care.

What to look for:

1. A case in which the Makita power tool is delivered;

First of all, you should look at the container. The original and the fake have an almost identical color, but in the latter it may be too bright. In addition, you need to carefully consider the brand name. in the original, the name is "Makita". embossed, and the letters have an extruded shape.

On a fake case, the brand name is presented in the form of a low-grade sticker or manually glued letters. It is easy to verify this. they simply tear off with a knife, a fingernail. Therefore, when buying any Makita tool, be extremely careful to inspect the case with the device.

READ  Screwdriver 18 Volts Which One To Choose

Further, the case latches can give out fake latches. On the original containers, they have the brand name. “Makita”, and are made of gloss. The rivets on the fake suitcase are nameless and matte.

The gaps that are located on the lid of the suitcase, in the original and fake, are also different. In the first, they may be completely absent or have the same shape. In the second case, gaps of various shapes are made absolutely not of high quality.

IMPORTANT! The backlash of the original is made very high quality, without dirt. A fake cannot boast of this.

Close attention should be paid to the back cover of the case. On the original there is an inscription of the Makita brand with extruded letters in white. A fake suitcase does not contain this.

Video: How to Distinguish a Makita Original Screwdriver from a Fake

IMPORTANT ! Opening the original, you will see that each part has its own production number.

2. The Makita electrical appliance itself.

Taking the tool out of the case, you need to look at the nameplate of the device. This is a small table on which the marking of the device is presented, the country of manufacture is “Makita” and other additional information. In fake, she literally “eats” her eyes, which gives out a fake tool.

READ  Which Screwdriver Is Better For Home Use

The original is labeled Makita with a dimmer color. While a fake directly cuts eyes with bright red. Now for the markings:

IMPORTANT ! Makita does not manufacture tools in the CIS. Original marking and countries where Makita factories really exist:

As you can see from the list, the original China is designated differently.

INTERESTING: Now on the market you can find "gray" models of electrical appliances. They are original, but not all markings are present on them. The main difference is that such Makita instruments were smuggled into the country. Despite their authenticity, these models are not supported by the manufacturer. Therefore, there will be no warranty repair.

Now you need to look at the inscription not in the table, but on the instrument itself. As on the case, the original electrical appliance has the brand name Makita, made of embossed convex letters.

READ  Can The Drill Be Used As A Screwdriver

The color of the case of the device. the original is greener, and the fake. blue. over, the latter does not have the manufacturer’s inscription on a black base; the original has it.

Also, it is worth paying attention to the quality of the plastic parts of the device. In the original, they are made of high quality, even shape, casting of fake components immediately catches your eye. traces of burr, poor-quality edges.

For example, in original Makita rotary hammers on additional handles of devices there are some inscriptions. One is made by indentation, and the other is white. The fake ones do not contain letters at all.

IMPORTANT ! There are such Makita models that have a sticker with a name on the case. However, if it is torn off, then under it will be the inscription Makita, made by indentation.

Why are Makita fakes dangerous?

Saving on the purchase of a construction device, you put yourself in great danger. In fake products, production methods are not followed, so devices can fall apart during operation, and cause harm.

Buy only genuine Makita appliances and you’ll forget about the problems forever.