How to Distinguish Bosch Hammer Counterfeit

Many readers ask how to distinguish fake brands from the original power tool. We decided to carefully research the issue and give a number of recommendations that will help you not to waste your money. 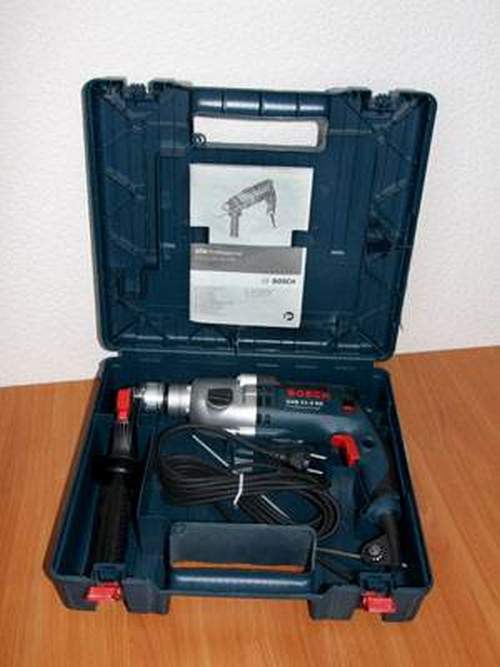 It should be noted right away that there are frank brand fakes and original tools that are not certified for sales in Russia.

In the first case, everything is clear. Fakes are made in a handicraft way, technical characteristics are not a priority for counterfeiters, the main thing for them is to more accurately recreate the appearance of the original model. Sometimes it turns out to be pretty good, but often a fake drill or circular saw can be distinguished at a glance. Such a household power tool will not only disappoint with its performance and durability, it can also pose a serious threat to the health and even life of the user. The original equipment of famous brands uses motors whose winding is made with double insulation wire. In fake tools, the insulation is single-layer, which significantly increases the risk of electric shock.

What household power tools are most often faked?

Manufacturers of counterfeit products want to earn as much as possible, therefore they try to fake tools of world famous brands such as Milwaukee, Makita, Bosch, Hitachi, Husqvarna.

See also  Cut a hole in the wall without dust

But recently, handicraftsmen began to fake not very expensive tools of Russian manufacturers, for example, Fiolent and Interskol. For some reason, the DeWALT tool is forged less often. Of Makita tool counterfeits, you can most often run into a 9069 grinder and an HR2450 rotary hammer.

From the "Fiolent" "craftsmen" liked the MP4-700E electric jigsaw, and from the Interskol lineup. the D-350ER drill. There are many examples of falsification of existing original designs. But artisan workshops went further and began to produce tools that have no analogues in the lineup of reputable manufacturers. The marking of such models is also invented, so an alert buyer can check the model code on the manufacturer’s website and avoid buying counterfeit products.

In addition to the tool itself, consumables are often faked, for example, saw blades and grinding wheels.

It is clear that a poor-quality grinding wheel or saw blade can cause injuries.

Fake manufacturers are struggling to accurately copy the look of the original branded tools. They managed to achieve some successes, but nevertheless the equipment and production conditions do not allow to achieve absolute identity. Therefore, being careful, you can often avoid buying counterfeit tools.

Take, for example, the Bosch drill.

On the original model, the company name is applied in volume letters, while manufacturers of fakes most often make the inscription flat or are limited to a cheap sticker.

See also  Can I work with a hammer drill on Saturday

Often fake can be distinguished by the quality of the manufacture of the case. The texture on the plastic may be heterogeneous, burrs and sagging may remain at the joints. A self-respecting manufacturer will not allow this. Sometimes clandestine workshops do not even bother to accurately reproduce the color of the case of the original model, but the difference can be noticed by the user, whose collection already has tools of a particular company.

You can often find rubber inserts on the body of a branded tool, rubber also covers the handles of drills, circular saws, etc. Inserts play not only a decorative role, their main task is to reduce vibration and increase the comfort of working with a tool.

Underground workers do not care so much about consumers, so they prefer to replace rubber inserts with plastic ones, only in a different color. It is clear that the tool will not become more convenient thanks to them.

Sometimes a fake differs from the original in size and shape, but often counterfeiting can only be distinguished by disassembling the tool.

So, for example, in a fake Makita HR2450 rotary hammer, the distances between the rotor plates “walk”. It is clear that one can not even dream of a good balancing of a tool with such an anchor. In addition, the winding of wires in a poor-quality copy is so substandard that it is difficult to make out what colors it is. In the original, everything is clear.

In addition to the tool itself, you need to pay attention to the box, the quality of plastic cases, the configuration and the availability of instructions in Russian.

If any of these elements is in doubt, it is better to refrain from buying.

How to calculate an uncertified tool?

Each instrument should have a plate (nameplate) with the model code, the main technical characteristics, and the PCT mark. Only in this case, you can be sure that the tool is approved for use on the territory of Russia and adapted to the parameters of our power grid.

It is necessary to pay attention to the quality of the plate. Remember also that a certified tool must have an instruction in Russian.

Where is it safe to buy a tool?

We already mentioned that you don’t have to worry about the quality and authenticity of the instrument purchased at authorized retail outlets and representative offices. Their addresses can be found on the websites of the tool manufacturers.

We wish you a pleasant, and most importantly safe shopping.