How to Remove a Drill from a Bosch Hammer

A real man must be the master of the house!

How to pull a drill out of a punch

Drill stuck in a punch. how to pull out

Hello! In this article I will tell you what to do if a drill is stuck in your punch. how to pull it out and how to prevent this from happening in the future. Many users of this technique have faced this problem. Some even broke their instrument because of this, which, of course, I do not wish you. There are two main ways to remove the drill if it is stuck in the cartridge. They are quite simple and we will certainly consider them below. But for starters, I think it would be better to consider the causes of jamming.

The main reason is the flattening of the shank. The second deformation leading to jamming may be its curvature. Both of these deformations arise due to the fact that they use cheap tooling made of low-quality metal, which does not withstand the loads that the percussion hammer impacts on the drill. Therefore, one of the rules that should be followed using this technique is the use of good equipment from reputable manufacturers. It can be consumables under the same brands, under which they produce high-quality power tools. Bosch, Makita, etc.

The SDS-drill is jammed in the drill chuck.

Why does a low-quality shank flatten or bend? Flattening occurs due to the fact that the punch mechanism itself is made so that a special hammer is constantly striking the shank, which is accelerated by a pneumomechanism located inside the case. I wrote about this in this article of mine. The impact has a rather large force, which is why steel of poor quality does not withstand. In addition, some do not use drill lubricant, which is why the liner overheats, which makes the latter flattened even easier.

And if we talk about curvature, then its reason is quite obvious. The drill, digging into the material, begins to experience more and more resistance. And if it is larger than the one for which the steel of which the drill is made is designed, then its curvature can occur, including in the area of ​​the shank.

These are the reasons. Now that we have examined them, we can proceed to the extraction itself.

First you need to try to hold the drill in a vise, and then pull the hammer on yourself, making them various movements to the side. Naturally, do not forget to keep the cartridge in the “open” position. If the deformation is small, then this technique is likely to be able to take out. If extraction does not occur, try the following trick.

Видео: How to Remove a Drill from a Bosch Hammer

So, the next trick is that you need to fix the puncher itself in a vice. This must be done so as not to damage the case, so it is better to lay some rubber gaskets. Holding the tool, take a gas wrench or a small vise and squeeze with one of them a drill. Now with a copper hammer, tap on the key or small vise, depending on what you are using, in the direction opposite to the cartridge. If the extraction didn’t happen in 3-5 strokes, then you can stop trying, since the deformation is obviously very strong, and you can’t do without a punch. 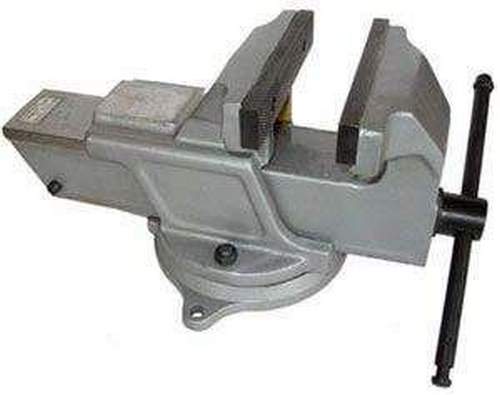 Dismantling a specific model of an instrument is always individual, so there is no universal answer. If you are not afraid and generally have disassembly experience, then you can try to do it yourself. But still I recommend contacting specialists in one of the service centers. For a moderate fee, service providers will do the job.

This is the end of the article. I wish that the drill was removed from you without problems and I advise you to use high-quality equipment. Well, see you soon!

How to get a drill from a perforator?

READ  Bosch Maxx 4 Does Not Turn On

How to remove a stuck drill from a punch

Later, when I began to use it, I was convinced that when drilling the drill describes small circles, i.e., as I understand it, the alignment of the punch head is broken.

The fact is that not a conventional chuck that rigidly fixes the tool is used on punchers, but an SDS axle box, on a puncher about which you write this is an SDS plus axle box. The axle box is designed in such a way that the drill inserted into it is not fixed rigidly, it has some freedom in the axial direction (about 1-1.5 cm) and some backlash in the radial. This is done so that the drill could make, in addition to rotational motion, reciprocating motion under the action of the hammer and not wedge in the trunk.
At the same time, at idle, i.e. when the drill is in the air, it really does not just rotate, but describes a certain circle. However, when you push the drill against the wall, the drill receives a second support, and "chatter" ceases. In this case, the hole is cylindrical.
And one more thing. the plastic cover itself can hang slightly on the axle box. they do not determine anything and it is wrong to judge any deviations from it.