Modernization of the ignition system of the cultivator Mole

The Krot motoculture appeared in the early 80s of the last century and immediately gained popularity among rural residents and owners of summer cottages. This is not surprising, because with the help of this agricultural technique mechanized tillage, as well as planting, care and harvesting, became possible. 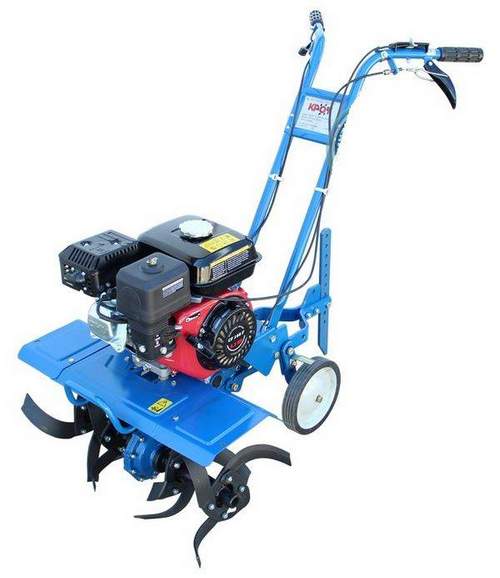 Over more than 30 years of its existence, the “Mole” has been modified more than once. Its parts such as the engine, gearbox, handles, mills, and other equipment (including attachments) were perfected. Having passed the difficult path of improvement, we got no longer the initial motor cultivator, which has some limitations in work, but a multifunctional motorized device, with which you can easily carry out the following field work:

In order to complete all of the above work, you must acquire the appropriate tools. You can find out in more detail in the article on attachments for the Krot motoculture on our website.

No matter how powerful your unit may be, no matter how you take care of it, sometimes it still needs to be repaired. the engine will not start, the engine is warming up or some other malfunction To know how to repair the cultivator, you need to understand its structure.

When you got acquainted with the device of the unit, you can safely proceed to the repair and maintenance of cultivators.

What elements of the machine may require close attention of the operator?

And now let us consider in more detail all those malfunctions that can affect the performance of the unit to whatever model it belongs to.

So what to do if “Mole” does not start, what could be the reason. Junk, or completely ignition in the following cases:

As you have seen, setting the ignition is not so difficult.

The main reasons that the Mole engine does not start are:

In the first case, it is enough to simply fill in the required amount of fuel (a mixture of gasoline with M-8B oil with an autoglass) and all problems will be resolved. In the case of a violation of compression, you will have to completely disassemble the motor and replace damaged parts, and this may be a piston, an o-ring.

The deformation of the exhaust valve becomes another cause of compression failure, which leads first to a loss in the power of the Krot cultivator, and then to start-up problems.

To restore the engine’s functionality, it is necessary to complete its disassembly. Having assessed the condition of the piston, replace it if necessary. Change the piston rings, exhaust valve. We examine the engine head, in particular the gas distribution mechanism, if there is soot, we clean it. In case of damage to structural elements. replace them with serviceable ones.

Video: Modernization of the ignition system of the cultivator Mole

Under the Union, only two-stroke single-piston engines of domestic production were used, which did not differ in special power. Today you can meet the “Mole” with a four-stroke imported engine. But if your arsenal also has the first cultivator model, then upgrading your “Mole” by replacing the motor is not difficult at all.

And here a new question arises: which engine is better to install on the unit? It is not difficult to answer it. those models that are installed in newer machines are suitable.

It is best to replace the domestic engine with an import one:

Any of them will not only give the cultivator a new life, but also significantly increase the power and resource of the unit.

An excellent solution would be to install the Lifan engine on the Krot cultivator. Such a motor provides the machine a long life, because in addition to reliability and efficiency, Lifans are also unpretentious and certainly will not require additional attention.

What is a carburetor and why do I need to adjust it? A carburetor is a small device designed to produce a gasoline mixture. This mixture with the help of a piston and spark plug will be compressed and ignited as much as possible, the engine will start and continue to work.

Adjustment of the carburetor is necessarily carried out after the first working season.

Carburettor adjustment is one of the obligatory moments included in the “maintenance” section of the unit. Due to timely inspection and repair, the cultivator’s operational life will increase. In addition, inspection and adjustment is necessary even when the engine is very roared for no apparent reason.

Before starting the adjustment, it is necessary to familiarize yourself with the device of the “Mole” cultivator carburetor:

Owners of the machine are often interested in how to start a “Mole” cultivator after winter. The reason for the lack of ignition is the condensate in the carburetor that has accumulated during idle time at variable temperatures. A complete disassembly of the device with its further cleaning will help to solve this problem. All kinds of additives found in low-quality fuel and dust leaked through the filter will also not contribute to the operation of the device.

The main task of the gearbox is to transmit torque from the engine to the shaft. The transmission of motion is carried out using a V-belt transmission. You can familiarize yourself with the device and repair of the gearbox of the “Krot” motor-cultivator in more detail by watching the video.

The first modifications of “Mole” are not equipped with a reverse (reverse speed) function, which somewhat affected their performance and ease of use with attachments such as a trolley, snow blower, mower, etc. To modify “Mole”, the manufacturer released new modifications , already with the reverse function, significantly increasing the mobility of the cultivator.

Video review of the reverse function on the mole

The drive belt transmits torque from the engine to the gearbox. The cause of the breakdown of the “Mole” cultivator often becomes a break in the drive belt. This is due to jamming of the belt during operation due to strong loads on the working bodies of the cultivator (hard soils, blunt cutters). The cutter bends and hooks with a knife to the belt, thereby rendering it unusable.

Drive belts for the Krot cultivator can have various modifications, however their sizes are strictly defined:

What does maintenance mean? This is a series of measures that ensure proper operation and proper storage of equipment. Under the maintenance of the cultivator "Mole" understand the following work:

Such work should be done as often as possible, especially if you have to work in adverse conditions.

If it is difficult to get it, then you can use analogues:

Cleaning work includes cleaning the filter, work surfaces, housing and all clogged parts on the surface of the Krot cultivator. In case of malfunctions, or for preventive purposes (less often), it is necessary to clean the inside of the machine.

Before you put any part in its original place, make sure that it is working.

Installation or replacement of any attachments should take place when the engine is completely turned off. In preparation for long-term storage, the cultivator requires preservation. To do this, it is necessary to prepare the engine in a certain way (see instructions), then clean (rinse) and dry all the external parts of the “Mole”, wipe them with a rag and dry well. After this, grease all available areas of the cultivator with grease. Now the unit is ready for a long rest.