What is the difference between a screwdriver and a drill

Hello! In today’s article I will tell you how the drill differs from a screwdriver, since not everyone understands the difference between them and as a result does not know what to choose.

To begin, I propose to determine the terms. If we proceed from the terminology of the manufacturers, they call the screwdriver the device shown in Figure 1. This is a network screwdriver with speed control, reverse, and also having a device that helps to avoid disruption of the nozzle slots (bits). 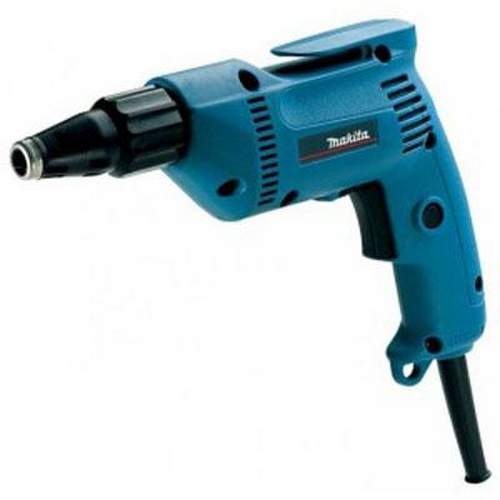 And manufacturers refer to drills as the machine shown in Figure 2, as well as the devices shown in Figure 3 and 4, which are popularly referred to as drill drivers (mains or cordless) or simply screwdrivers.

In order not to get confused, in this article we fix for each unit the following names:

At the same time, I note that the difficulties of choice arise precisely between the last two types, since with a conventional screwdriver everything seems to be so clear. But I’ll describe all three devices early.

A screwdriver can only be used to tighten self-tapping screws, since it only has a hexagonal seat for bits. Although it should be said that there are also drills with a hexagonal fit, like bits, but usually they are only of small diameters, and not everywhere is on sale.

See also  How to Rebuild a Cordless Screwdriver Battery

Thus, on this tool we conclude that it can be purchased only for twisting screws. At the same time, we remember that it is attached to the network, which means that it will not work independently.

Video: What is the difference between a screwdriver and a drill

It is most convenient to use this unit in any assembly shop, where work on screwing in screws or screws is carried out at one working place.

The main function of the drill is drilling. However, in the presence of speed control and reverse (and they are now on most models), it can also be used as a screwdriver.

However, they do not have any mechanism to automatically prevent bit stalls.

Often, when screwing a self-tapping screw with a drill, its head may drown excessively in the material, or the slots of the bit scroll in the head, because of which they can break.

Therefore, here you have to rely only on your hands and head.

The drill verdict will be like that. Buy it if you are going to predominantly drill. But keep in mind that sometimes it can also be used as a screwdriver. in the end it is in any case more convenient than twisting with a screwdriver.

This tool is universal. They can be drilled and screwdriver screwed up without fear of spoiling the bit or drowning the cap too much into the material.

See also  How to Make a Hole In a Wall Drill

There is a customizable mechanism (popularly referred to as a ratchet) through which rotation passes. When a certain resistance set by you is reached, it simply rotates with a click, while the bit remains in place intact.

In addition, a drill / driver differs from a conventional electric drill in that it also has a gearbox with a higher gear ratio. Therefore, with the same engine power, a drill / driver has a higher torque value. And this means that, for example, a network drill with a power of 400 W will have the same torque as a drill with 700-800 watts. However, the dimensions will be smaller.

The payback for this is a smaller number of maximum spindle revolutions. If on drills it reaches a value of 3000 rpm./min, then on drills, screwdrivers, their number is not more than 600-800. And if it is two-speed, then all the same the speed will not exceed 1500 per minute.

Thus, we conclude that a drill screwdriver is a good universal option, since it can perform most of both drilling and screwdriving operations.

However, such a tool does not replace the drill in jobs where a high chuck rotation speed is required. This, for example, drilling bricks when work occurs in shock mode. And although on some models of drill drivers there is a percussion mechanism, due to the low speed it is not very effective.

It is also worth remembering that not only are they drilled with drills, but, for example, they are mixed with mortars using a mixer nozzle. And here, too, high speed is required. Therefore, for such work, a drill / driver is also poorly suited.

We should also say about cordless drill / driver. Firstly, it is the drill / drivers that make the battery, but there are no classical drills with rotation speeds of up to 3000 rpm with the battery.

Secondly, the use of battery technology has both its pros and cons.

The pluses include the following things:

Cons are such moments:

These are my thoughts on this. I hope that after reading the article you understand for yourself which tool you need. Let me finish on this. until we meet again!