Their advantage is in a sealed body and a pasty electrolyte, which allow the instrument to be used in any spatial position. It is possible to use a charger from an electric screwdriver. Here you can not be afraid of acid burns or spoiled clothes. You can attach the battery directly to a screwdriver or carry it in a bag or s.

They differ in mass in the range of 2-4 kilograms. Voltage 6 and 12 volts.

The question often arises whether it is possible to connect an electric screwdriver to a car battery. Indeed, you can use a battery that has worked out its resource, the capacity of which is already small for a car, but sufficient for a hand tool. The standard voltage of car batteries is 12 volts.

Due to the mass of 14 kilograms, it is advisable to use such source at a stationary workplace, scaffolding or mobile platforms. The length of the wire is 2-3 meters. Charging will have to be done by a third-party device due to the high charging current.

How to replace the battery for an electric screwdriver

It should be noted right away that handicraft modifications will reduce the mobility of the screwdriver due to the additional wire from the new power source and its weight. On the other hand, the operating time on a single charge will increase to 12–20 hours, versus 2–3 with a native battery. This will be very useful in remote sites without power supply.

For convenience and safety, double-insulated flexible wire such as PVA and ShVVP should be used. Section 0.75 mm 2 and more. You can connect it in two places: 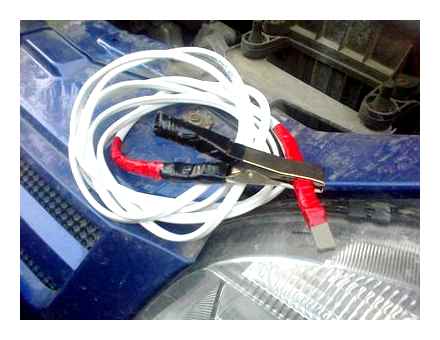 The cast body is cracked with a sharp blow to the screwdriver, or is separated by a hacksaw blade at the soldering point. Then the old lead battery is removed, and power is connected to the free wires, observing the polarity, from a new source.

The main parameter that needs to be taken into account is the supply voltage indicated in the passport or on the case. The motors used in screwdrivers also operate at reduced voltage, losing somewhat in speed and torque. The most affordable of the batteries will be acid for cars, motorcycles, as well as for uninterruptible power supplies.

How to power an electric screwdriver from a third-party battery

The service life of an electric screwdriver is 5-7 years, and its battery life is at best 2 years. This means that by replacing the power source, it will be possible to extend the life of the beloved instrument by at least 2 years. Of course, it is best to find an original battery, but the problem is its availability and cost.

It should be borne in mind that connecting a new power supply is an interference with the factory design. This means that it is important to pay attention to personal and fire safety. Remember that you need:

A minimal knowledge of electrical engineering is sufficient to replace the battery. Locksmith skills will also come in handy. It is necessary to provide increased mechanical strength of the wire connection points.

How to remake a cordless electric screwdriver

READ  How to Change Brushes On a Bosch Screwdriver

Connecting to an external battery

An external battery source can be of increased capacity, it is necessary to select a cell suitable for voltage. The battery is mainly used from an uninterruptible power supply. Alteration is not difficult, does not require large financial costs.

For alteration, you need a wire with a cross section of at least 2.5 mm, up to 2 meters long. It is necessary to disassemble the tool, remove the old battery cells, connect the wire to the terminals. Make a neat hole for the power cord, assemble a converted electric screwdriver and try it out at work.

Alteration work is carried out step by step, to obtain the result you need a little experience when soldering and installing boards:

There are enough craftsmen in the everyday life of the household, there are many ways to convert an electric screwdriver to mains power. It is enough to provide the required voltage for the electric drive of the device.

In some cases, for alteration, it is enough to use the charger from the kit, it is available, because Supplied complete with an electric screwdriver. It is quite simple to remake such a structure, it is enough to disassemble the electric screwdriver, connect the output contacts on the charger with the drive wires. The voltage produced by the charger after the alteration corresponds to the technical characteristics of the drive, there is no need to worry about the safety of the electrical part. It is also worth noting that there is no need to disassemble the device completely. only the wires designated for use need to be connected. A significant drawback is the size of the charger, it is not convenient to constantly move it during work and causes discomfort.

Power supply from the network of an electric screwdriver can be achieved by several types of blocks. The case accommodates some of them, the rest are outside.

There are many ways to redesign a cordless electric screwdriver, all have pros and cons.

Connecting to a car battery will make it possible to work autonomously without a power supply. The parameters of an electric screwdriver can be from 10.8 to 14.4 volts, a charged car battery is capable of producing an average of 12.5 volts of voltage. To use, you need to connect two power wires with crocodiles to the screwdriver.

READ  Screwdriver Or Wrench, Which Is Better

How to Run a Cordless Drill Off a Car Battery

Connecting to an external power supply

An external battery is used when compact elements are inaccessible or the need for continuous operation of the tool.

It is worth remembering the steps during disassembly or taking pictures, since intervention and alteration of the electrical circuit of the electric screwdriver is performed, the assembly will need to be done exactly in the reverse order.

Connecting the Electric Screwdriver to the Charger

It is necessary to understand that at low voltage there are losses in the cable, therefore, it must have a cross-section of at least 2.5 mm, and a length of no more than 1.5 meters. In order to figure out whether it is possible to connect an electric screwdriver to the charger, you need to perform a number of actions.

The sequence of alteration for power supply from the charger:

Inexpensive screwdrivers for those who do not use the tool very often are good. But, as practice shows, for the time being, for the time being. For most of them, the batteries fail quickly enough, and sometimes they simply do not have enough power. A simple modification of the tool will help to solve this issue. At the end you will receive an electric screwdriver that will work directly from the car battery.

To modify an electric screwdriver with your own hands, prepare: 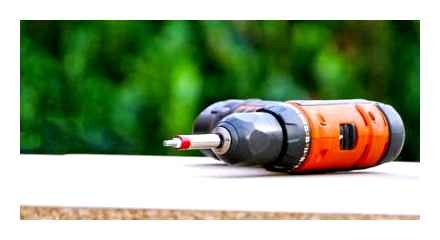 Step 1. Before starting work, you need to completely disassemble the tool. Use a thin, long screwdriver for this.

Step 2. First, remove one half of the case, and leave the other with its internal contents in its original form. Remove the battery from the case. Your electric screwdriver may look slightly different from the inside. It all depends on the manufacturer. Be sure to find the positive and negative electrodes. For further work, they will be needed.

Note the location of all internal parts of the instrument and carefully remove them from the body.

Step 3. Feel free to cut the lower part of the plastic case, which acts as a stand, with a file. In a modified electric screwdriver, this part will be superfluous. Try to cut the pieces symmetrically on the two halves of the tool.

Step 4. Strip the ends of the wires on the battery clips. To do this, use a sharp knife. If your wires are too long, cut off the excess parts with wire cutters and only then strip them.

Step 5. Connect the wires to the electrodes. In this case, the design was a little unusual, so it was enough to thread the wires into the clamps and fix them with electrical tape. In most cases, you will need to use a soldering iron to connect. Be prepared for this in advance.

Step 6. Assemble the electric screwdriver back. Insert the inner contents, lead the wires with the clips out. Assemble the case and secure it with screws. In the lower part, where the stand was, secure everything with electrical tape, covering the hole formed with it.

The result of your efforts will be a significantly improved electric screwdriver with a performance higher than ever. At the same time, you can use it while on the road or far from places where you can charge the battery of the tool itself.

The operation of an electric screwdriver from a car battery. video review photo alteration

But for skillful pens, a piece of advice applied in practice. Working with a cordless tool is very convenient due to its disconnection from the socket. But in the autumn-winter time, work at low temperatures does not allow for large volumes of twisting work, due to the rapid discharge of the battery. Exit: take the car battery, you can directly with the machine, the cable clings to the crocodiles (the copper is necessarily stranded, the thicker the better, the metro is 10-12 in length, but not from the welding unit) and clings to the contacts of the power tool inside the handle, using twists, scotch tape and etc. local. To work, not to recycle, the capacity of the car accumulator allows you to work for two days (experience with a screwdriver, when assembling a roof and a frame house as a whole, more than 700 self-tapping screws of a different format were screwed in 2 days), and there is no harmful effect on the subsequent start of the car. Yes, there is ultimately a minus in terms of mobility, but the torque is almost constant, unlike standard batteries, which also need to be charged in time, and then the electricity was turned off, where to charge it? It was not me who invented it, but my father, an experienced electrician. This is so that I do not run for a smoke break while the regular batteries are charging. And so I had to work from dark to dark.

The power tool can be harmful. Under heavy load (especially when the shaft stops), the voltage on the small battery sags, thereby limiting the maximum motor current. A car battery, due to its much higher capacity in such a situation, is capable of burning down the motor of an electric screwdriver, or, more often, the speed controller located in the button. This thread has already discussed this issue. Alternatively, to limit the maximum current in series with an electric screwdriver, you can turn on a 55 watt car lamp.

About the work of the battery tool from the battery. Over the weekend I made this adapter:

And for starters, having measured the distance, cut out 2 recesses for the contacts in a round stick, and inserted it with the butt end into the base of the chipboard:

Then, having drilled the holes, I stretched the cable and soldered it to the tin contacts fixed with nails: Well, at the end, having insulated, I got the following result

It holds quite tightly, which is facilitated by the bends at the end of the contacts. But you can additionally fix it to the handle. The main thing is not to forget where “” is on the wire (when connected to the battery). The length of the cable turned out to be about 5 meters, and when you connect a standard battery to it, you feel that some of the power is lost. When connected to a battery, I think it will be better, but the voltage is 16.8 (will it work)