A disc plough for a power tiller with his hands

Blueprints and Diagrams for your own hands

Based on the experience of people who made a plow for power tillers with their own hands, and drawings, you need to make a plow ploughshare removable, to sharpen it before plowing.

The best material for making the cutting part of the plow for power tillers is 9XS alloy steel, used for circular saw blades.

Steel 45 is also suitable, which is brought to hardness HRC 50-55 by hardening. If you have only ordinary steel, such as carbon steel St.5 which are not heat-treated, they can also be adapted to cutting a layer of ground by chipping off the cutting edge of the cold the anvil and then sharpening it.

How to manufacture the moldboard working surface should be given a cylindrical shape. If you have a plate-bending rollers, it is not difficult to give the desired shape to the workpiece.

To achieve this, the moldboard blank, cut by gas or electric welding (or scissors) of steel sheet thickness of 3-4 mm, fed into the rollers at an angle of 20 °-23 °, sheared and then hammer give the required shape to the template.

Drawing of the plough mouldboard made of 3 mm steel sheet

The outline of the mouldboard is drawn with chalk, then it is cut out by gas welding and machined with emery cloth. If necessary, the shape of the moldboard is adjusted by the hammer on the available template.

The most labor-intensive way to get the moldboard is to place its blank in the furnace for heating (or heating it in another way). Then the workpiece is bent on a matrix, as which you can take the moldboard from another plow.

Material of plough body is steel sheet St.3-Ct.10 with a thickness of 3 mm.

It is recommended first to make thick cardboard and glue them together using proper angles. So, values of angle alpha on different parts of plough body will make from 25° to 130°, values of angle gamma. from 42° to 50°. If the homemade model of the cardboard plough satisfied you on all parameters, feel free to start working with the metal.

When the steel parts are done, in order to assemble the body of the plough you will need auxiliary sheet with thickness of 2-3 mm and dimensions of 500×500 mm. Angle γ0 is marked on the supplementary sheet with 40 mm indent from the edges.

The coulter is mounted with wedges with an angle of α0=25° on the booster plate and is spot-welded on both sides to the plate.

Then the mouldboard is placed as close to the coulter as possible and without a gap, so that their surfaces are one piece. The angle between the upper edge of the blade and the blade is (γmax. γ0) = 6-8°.

The plough is examined again and capitally welded, with the auxiliary sheet used to assemble the plough separated from its body with a chisel or “angle grinder” with a cutting disk. Thrust corners of the share are capitally welded to the base plate. After that all welds are cleaned off, and the surfaces of the mouldboard and share are smoothed with a sandpaper.

A turning plough for a power tiller, homemade

A turning plough is a universal plough, used on power tillers, it has a manual turning mechanism on a standard single hitch. As you know, when tilling the ground with a regular plough the body turns to one side with the share in one pass. In order for the ground of the next row to turn in the same direction you have to go back to the beginning of the previous row and start on the same side of the plot.

A swivelling plough allows you to plough much quicker. at the end of the row you simply turn the share to the other side after turning the power harvester and continue tilling.

Turning plow. universal, used on power tillers, contains on a standard single hitch manual turning mechanism. As you know, when plowing the land with a regular plough the layer of land is turned over to one side by the share in one pass. To turn the soil in the next row to the same side one has to go back to the beginning of the previous row and start from the same side of the plot.

A reversible plow will allow you to plow much faster. at the end of the row you simply turn the plough to the other side after turning your power harvester and continue tillage.

Plow dimensions for a power tiller

After completing work on the plow, it is recommended that the polished surfaces be cleaned of soil, drizzled with machine oil or lubricated with Lithol-24 and rubbed with a rag. It will allow to protect polished surfaces from corrosion.

The fourth condition of a good plough is a flat back side of a ploughshare, which makes an angle of 15-20 degrees, equal to the back angle of a mounted ploughshare, with a flat surface of the plough mounting. 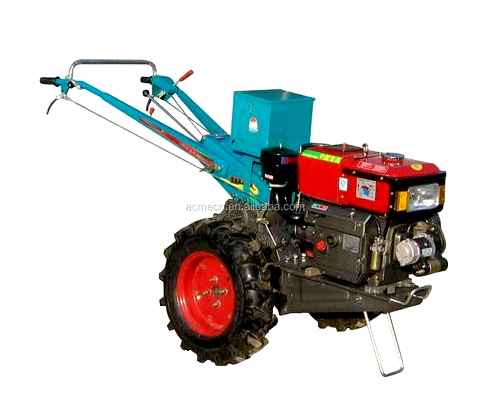 Plough for power tiller with your own hands: drawings, dimensions, 21 manufacturing photos

Made a homemade reversible universal plow ПЦ1-18 for my power tiller, with my own hands. 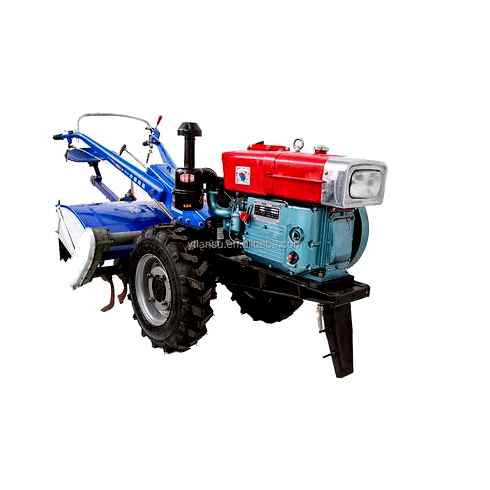 I’ve been wanting a reversible plow for my power tiller for a long time, so I don’t have to chisel away furrows or plow in circles.

It was decided to make a mouldboard and a ploughshare from an unwanted gas cylinder. Filled the cylinder to full with water and sawed it.

How to make a plough on a single axle tractor with your own hands?

Before you start making a plow with your own hands, you will need to carefully study the drawings. They should tell you how to attach the parts of the structure to each other. The further procedure is as follows:

Then measure all angles accurately again. Only after you’ve made sure the connections are correct can you finally weld the plough legs together. Clean off any existing welds as soon as the structure is completely cooled down.

See also  Is it necessary to grind tillers on a power tiller?

As in the first case, to make a reversible plough, you need to study the scheme. Otherwise even the slightest inaccuracy will result in low efficiency of the finished attachment. To make a Zykov plow, proceed in this order:

The result is a universal plough for a single-axle tractor, with which you can cultivate not only dry but also wet soil.

Reverse plow for power tiller. how to make it

As in the first case, to make a rotary plow, you need to study the design scheme. Otherwise, even the slightest inaccuracy will lead to low efficiency of the finished attachment. To make a Zykov plow, proceed in this order:

As a result, you get a universal plow on a single-axle tractor, with which you can work not only dry but also wet soil.

How to make a disc plough on a single axle tractor?

The disc plow-tiller. this is a very useful device that allows you to prepare even furrows for planting potatoes and other tuber crops. Before you start making such a plough, study the blueprints. They will help you control the assembly process and prevent mistakes. The procedure for making a disc plow for a single-axle tractor is as follows:

Finally, adjust the plough’s jaws. To do this, fix each of them in a vice and adjust so that in the end they are bent in the opposite direction from each other.

The disc plow-tiller is used for preparation of even furrows for planting vegetables. Using the drawings, you can control the course of assembly and avoid defects.

The disc plow is made following the diagram described:

The plow cheeks need to be adjusted at the end. They are fixed in a vise and adjusted until they are pointing in different directions.

Rotary plow for a motor-block with a support wheel is considered a canopy of a complex type due to its design. Work on it with great care, so that errors do not negatively affect the quality of cultivation.

Rotary plow is made according to a certain algorithm: 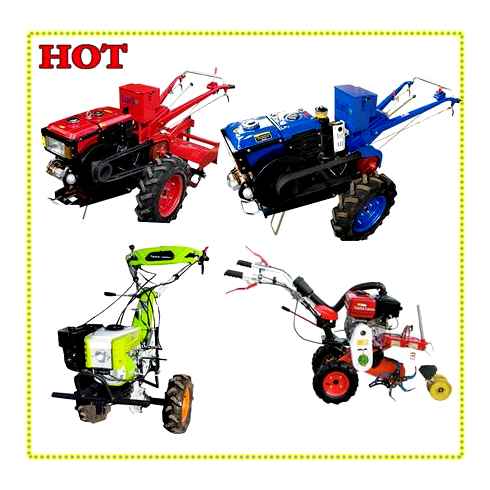 This design will last a long time. It is important to change the oil that lubricates the gearbox in time to prevent breakdowns.

An equally viable idea is to convert an old horse-drawn plough for a single-axle tractor. A full description of the process is in the video.

A feature of all horse-drawn plows without exception is their heavy weight, created by the bulky mouldboard. If such a plow without remodeling to install on a single-axle tractor, the land will not recline.

This is a big plus because the horse plow plow will not undergo any changes.

To make a plough for a single axle tractor from a horse plough, you will need:

Mounting the plough to a single axle tractor: step-by-step steps

Before you hitch the plow to the power tiller and start setting it up, the pulling unit itself must go through a number of preparatory procedures. They boil down to:

After these requirements have been met, the plough can begin to be installed.

This concludes the plow installation task and you can proceed to the next.

When all the metal parts of the plow for the “Neva” motoblock are created, for the final assembly you will need a sheet of metal 50×50 cm in size and an electric welder. To the metal plate, carefully observe the angles and lightly weld the elements of the future plough. side shield and ploughshare to which to attach the mouldboard. If any discrepancies are found, the mouldboard should be adjusted to the necessary conditions with a hammer and welded to the rear part of the share.

Photo drawing of the plow No

The photo drawing of the plow

Photo drawing of a plow

To inspect the whole construction, and if no problems are noticed, you can carry out the overhaul welding. The sheet metal on which the plow was assembled is detached from the structure by means of an “angle grinder” or a hammer and chisel. Next, you need to carefully clean welds and grind with sandpaper ploughshare and mouldboard. After the structure is assembled and practically ready for use, it should be painted, especially the welded joints. This will not only give the plough an aesthetic appearance, but also protect the metal from corrosion, and hence significantly prolong the life of the plough.

Although it’s not an easy task, it is quite doable and within the power of any person with minimal experience with ploughing tools, to independently make a quality plough for the motor-block “Neva. For everything to succeed, you should adhere to the instructions and drawings, as well as conduct a competent adjustment of the entire design. Making a plow yourself is not only quite interesting, but also economical, since most of the material can be found at your farm by any craftsman.

Setting up the plough before you start ploughing

When starting plowing, adjust the position of the plow to the ground correctly. This procedure is done in several steps: before ploughing and during ploughing of the first track.

We suggest you watch the video, which explains in detail how to make the adjustment of the plow to the power tiller Oka:

Algorithm of actions when setting up a plow under a single axle tractor Oka:

It’s not enough to put the plough in place. it must also be adjusted properly: